When Sicily got scratched from the itinerary because of the great visa snafu, we were already in Africa. Advocates for replacing Italy with Cape Town raved, “Cape Town is the Paris of Africa! It will feel just like Europe!”

After three weeks on the Cape, we can say without reservation: Cape Town does not remotely feel like Paris. Or Europe. It feels exactly like . . .

Seriously. From the minute we stepped off the plane, we were boggled by how familiar nearly every scene and setting were: Sea Point? Pacific Beach. Camp’s Bay or Llandudno? La Jolla. The wine country? Temecula. The Republic of Hout Bay? Cardiff by the Sea or Solana Beach before they went mainstream, with whiffs of equine Rancho Santa Fe.

The resemblance — terrain, foliage, architecture, colors, clothing, surfer culture, seals at the beach — is so uncanny, there were moments when we could identify a twin street in San Diego (where Doris lived and regularly drags Louis). This made for a lot of fun matching games.

For all its familiarity, Cape Town managed to stand on its head Doris’s long-standing aversion to visiting Anglophone destinations colonized by Brits because “Why leave home to go somewhere like home?” The city nestles in the shadow of one of earth’s oldest (and arguably most spectacular urban) mountains and grew up as a “refreshment station” on a sea route that changed the world forever. With all that, plus momentous current events, same old-same old, Cape Town is not.

So, yes, Virginia, there is more to Cape Town than drought, political upheaval and California dreamin’. And, just to prove it here, in living Louis color, are a few of our favorite of the “mother city’s” scenes and sights.

Coastlines like the one above exist all over the world but, in Cape Town, they line up one after another, like endless sets of magnificent earthen waves. Above is a distant glimpse of Hout Bay from the drive to Chapman Peak. 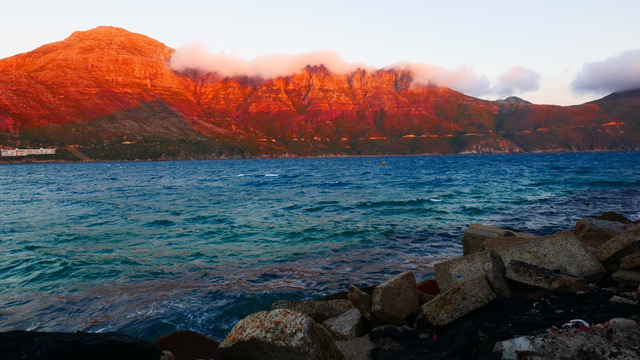 If the coastlines don’t take your breath away, the Cape Fold mountains do. Table Mountain, Lion’s Head, the Twelve Apostles, Devil’s Peak, Chapman Peak. From dawn until nightfall, they are craggy shapeshifters, constantly changing color, wrapping themselves in clouds, orienting sailors and landlubbers, anchoring towns and seashores.

By the time the South African government started using it as a maximum-security prison to incarcerate political prisoners, Robben Island, had been a penal colony for more than 400 years. Now the island is a World Heritage site. This is the cell where Nelson Mandela spent 18 of the 27 years he was imprisoned, a Spartan reminder that freedom does not necessarily come free. 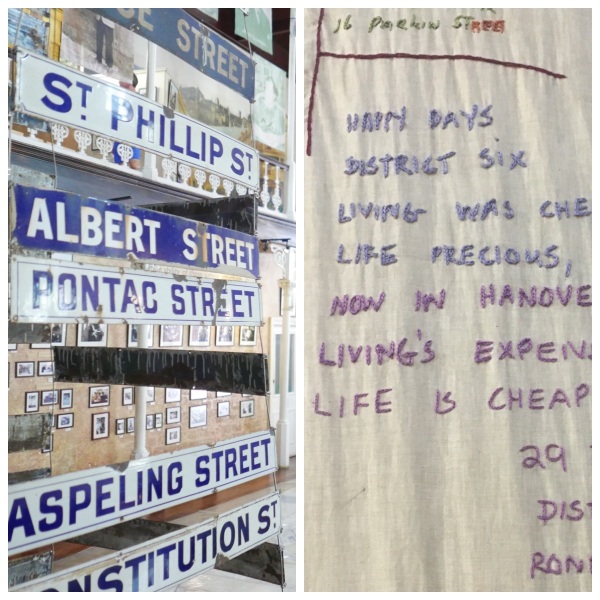 The District Six Museum is a memorial to a neighborhood that was bulldozed to make sure none of the 60,000 black and colored residents who were forcibly removed to enforce apartheid could ever return. A parting resident saved the street signs; the “memory cloth” shares embroidered memories of the people who once lived there.

Formerly called the Malay Quarter for the slaves housed in it, Bo-Kapp’s colored residents celebrated the end of apartheid by painting their houses in the style of their homelands. Now the rainbow neighborhood is gentrifying, and houses like the ones in the photo sell for over half a million U.S. dollars. 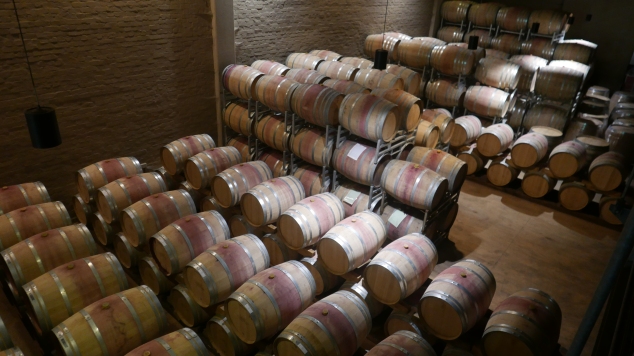 Vineyards (called “wine farms”) do not get more spectacular than those in and around Cape Town, and Partout has visited more than its fair share. That is Beau Constantia at the top of the blog. Throw in $3-$5 flights of wine from bottles retailing for as much as $50/bottle, and tastings don’t get a lot better either. 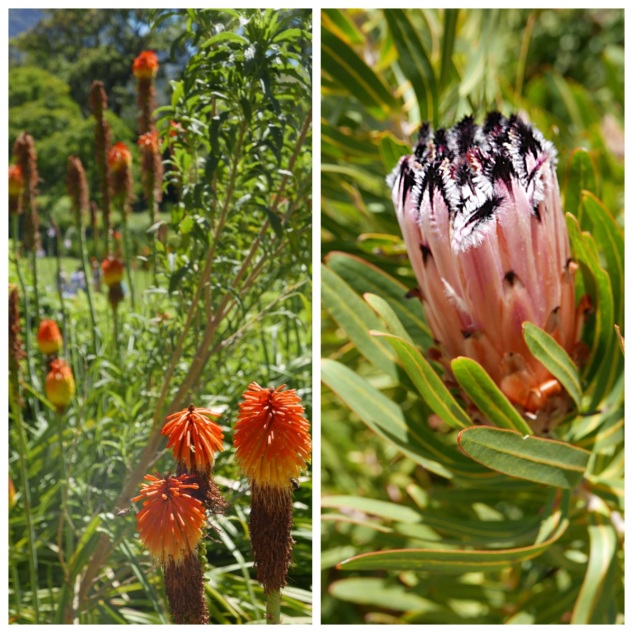 The Cape Floral Region in South Africa is the smallest of the earth’s six distinct vegetation zones and the only one contained in a single country. The zone contains only 0.5% of Africa’s land but 20% of the continent’s flora. Kirstenbosch National Botanical Garden in Cape Town is the jewel of the nation’s floral crown.

Touted as “Africa’s Tate Modern,” Cape Town’s months-old museum of contemporary African art was built into a historic grain silo on the waterfront that, for half a century after its construction in the early 1900s, was the tallest building in sub-Saharan Africa.

V&A (Victoria and Alfred, of course) on the Waterfront

Victoria & Alfred Waterfront is to Cape Town what Seaport Village is to San Diego, just a whole lot bigger.

We aren’t positive, but we think Hout Bay (officially, the Republic of Hout Bay) may be ground zero for Cape Town’s boho counter-culture. Whatever, the music, food and wonderful local goods at its permanent covered market every Friday night and all day Saturday and Sunday attract locals and visitors alike. They even mesmerized anti-market Louis. Bonus: it was within walking distance of our AirBnB.

The End of a Continent

San Diego has Point Loma; Cape Town has the Cape of Good Hope. Contrary to popular belief, the Atlantic does not meet the Indian Ocean here, but the end of the continent takes your breath away all the same.

Once decking the Victorian-era playground of the white, rich and powerful, the Meizenberg and St. James beach huts of all hues on False Bay are now are used by families of all hues and visited by tourists like this one.

Also in the rear-view mirror:

9 thoughts on “When in Cape Town”