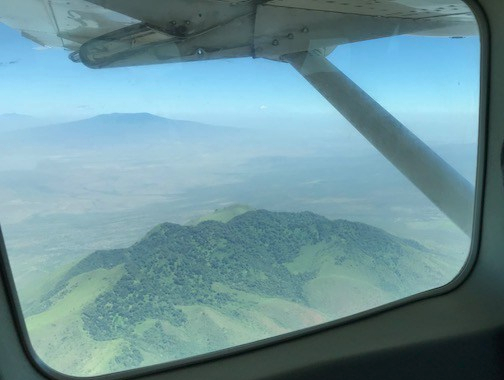 Our bush flights within Tanzania had their quirky aspects before our last day in the country. And then things got interesting.

Early on safari, we had learned the proud history of our bush airline and its “extensive fleet of nine airplanes” from the reverse side of their boarding passes.

Less quaintly, our Air Excel e-tickets had come with a disclaimer that read “All times are estimates and depend on the final route on the actual day.”

We figured this was just the usual fine print but, no, the night before our scheduled 10 am departure, the amazing Laura from Amazing Tanzania urgently texted that our direct flight to Arusha had been moved up an hour to 9 am. She promised we would still arrive in plenty of time for our 12:45 flight to Nairobi, which seemed a little curious since we were leaving for it an hour earlier than previously scheduled, but we were too busy savoring our last evening to be curious.

On the dirt landing strip at Ndutu the next morning, there was a brief moment of passenger panic when there were not enough seats on our single-engine Cessna 208B for the eight of us waiting to leave, but that sorted itself out when six people inside the plane realized they had reached their final destination.

After they scrambled off, the rest of us climbed aboard, buckled in, and all that was left was for the pilot to finish loading the baggage, closing the doors and making all the other preparations a one-man crew has to make for take-off.

Joining us at last, he gave a warm “Karibu!” (“Welcome!”) and announced we would be flying to Kilomanjaro International Airport via Seronera, two airports whose Swahili names we didn’t catch and Arusha.

Right. Our scheduled non-stop to Arusha was now a five-stop flight – and that was all before our commercial flight to Nairobi. Yes, indeed: “All times are estimates and depend on the final route on the actual day.”

But the hours that followed were magical, one of those random gifts the travel gods occasionally deal out to lucky travelers. From no higher than 10,000 feet and sometimes as low as 1,000, we reveled in a birds-eye view of the plains we had been driving for a week.

Ngorngoro had awed us by land. Now we soared over the rim as if in an IMAX movie. 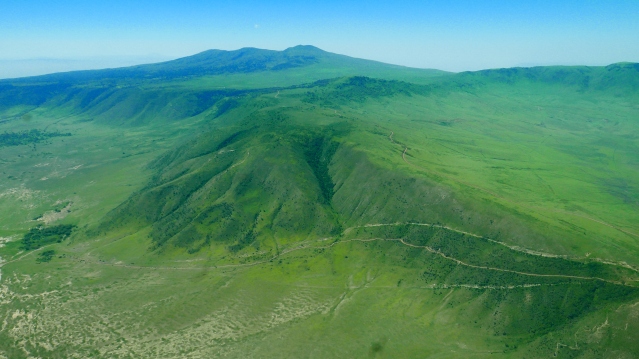 Colors and swirls in the crater’s salt lick that were indetectable from the ground revealed themselves.

We understood better why the dirt road to Ndutu is so scenic: It hems the edge of the volcanic ruin like an unspooling golden thread.

Leaving the Serengeti behind, the transition from the wild to cultivation was clear-cut.

Finally, Arusha – a small town of 2 million residents – hove into view, ajumble with tin roofs and city streets while Mount Kilamanjaro, Africa’s highest mountain, loomed in the background, wreathed in clouds like a victorious Greek athlete. 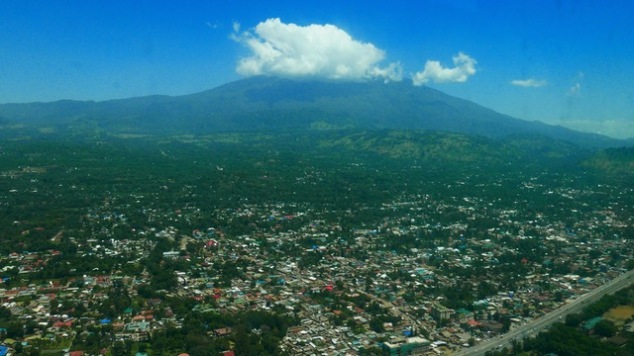 Some of our flights were full as we hopscotched across the savanna, swapping experiences with other passengers. The family of four from Bozeman was in complete agreement that the Serengeti landscape felt just like the high plains of Montana. The CBS reporter and her Yelp lobbyist fiancé (who live near Fourth and Massachusetts in DC!) were great for 45 minutes of news talk. In the end, on our cross-town jump over Arusha, we had the entire airplane to ourselves but for the pilot. 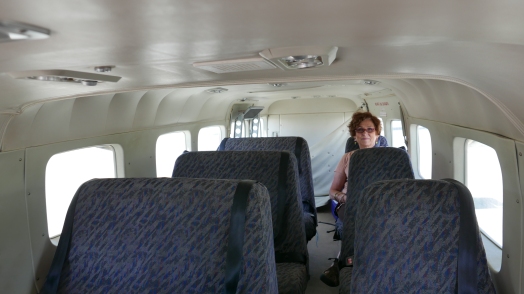 Climbing down the stairway to the tarmac at Kili airport for our return to jet propulsion en route to Nairobi, we felt like kids on Christmas morning.

One-hour hot-air balloon ride over the Serengeti? $540 per person.

One last view of the Serengeti from the ground

3 thoughts on “Tanzania from the Air”