Among the things Doris found startling when she moved East a few years ago were all the “Washington was here” signs around the Washington DC area. It seemed like every little crossroads town had a sign somewhere that said George Washington passed through two or 12 or 20 times during the American Revolution.

Christopher Columbus occupies the same iconic status in Andalusia. Though he was Italian by birth and initially tried to enlist the Portuguese to finance his adventures, it was ultimately in Andalusia that Columbus secured funding and set sail. No surprise then that you don’t have to scratch the surface very deeply in these parts to see Cristóbal Colón streets, statues and memorials or hear Cristóbal Colón stories. His tomb in Seville is vastly more elaborate than those of the queen and king whose money put him on the map, literally, and if the darker side of the Spanish conquest is taught to Spanish schoolchildren, it is not obvious to the casual tourist.

We knew all that before reaching Cádiz, where the plot thickened further. 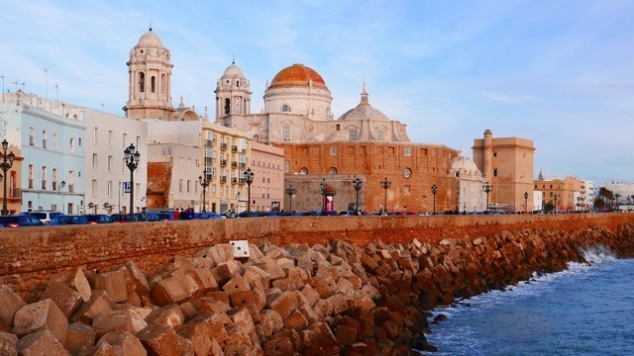 Residents of Cádiz still call themselves gaditanos, from the names given the city by  Phoenicians and Romans

First settled by the Phoenicians around 1100 BCE as “Gadir” for “walled city” and renamed “Gades” by the Romans, Cádiz is the oldest city in Spain and one of the oldest in all of Europe. Columbus not only slept here, his second and third voyages started from a village on its bay.

We knew when we booked the AirBnB that our host was a sailor, but that doesn’t begin to describe Miguel’s relationship with sails, the sea and Columbus.

Our host with a friend 25 years ago

When Miguel built the one-bedroom rooftop apartment we currently occupy 84 stair-steps above the sidewalks of Cádiz, he built sailing into it. That’s the porthole in the shower at the top of today’s Partout. The apartment’s signature décor item is an intricately rigged model of a sailing ship from Miguel’s personal collection. Pictures of sailboats and a poem about sailing deck the walls. Model lighthouses sit on shelves. 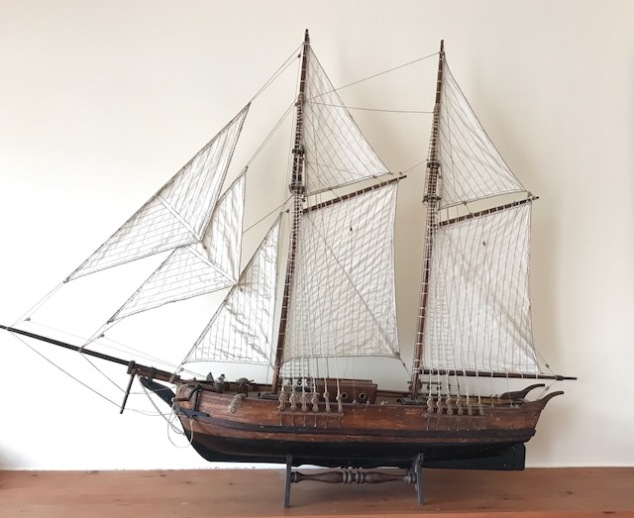 Miguel’s aery is an AirBnB match made in heaven for Louis, still in mourning from selling his own sailboat in order to launch his life partout. (This is the decor, not Louis’s boat.)

Then on an amble one day, we came across what appeared to be a historic painting on a wall not far from the apartment. Examining it more closely, we thought that might be our very own host, tricked out in 18th century attire,  in the wall art. The next time we saw him, we asked. Sure enough ….

That’s Miguel (and his niece) with the spyglass

It turns out our host is not “just” a sailor. He is also a student and replicator of Columbus journeys. In the early 1990s, with a corps of other devoted Spaniards, Miguel helped build replicas of the Niña, the Pinta and the Santa Maria, the fleet Columbus commanded on his first voyage in search of India. Miguel’s job was rigging the sails of the Santa Maria. He worked on them for close to a year.

Though he is not in the picture, this was Miguel’s job

Then, on the quincentenary in 1992, with a merry crew of other history and sailing devotés, Miguel set said for the Bahamas on the Santa Maria, Columbus’s largest ship and the only one outfitted with cannons for defense. 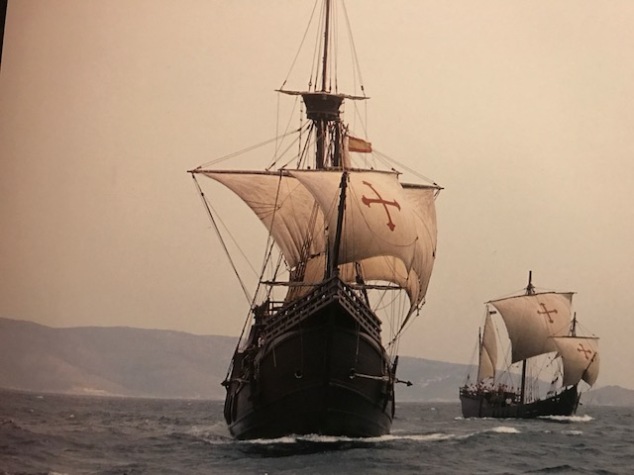 A photograph of the replica Santa Maria under sail

The crossing was blessed with kinder winds than Columbus experienced, and the celebrants made land in 30 days. Miguel shared with us the beautiful book he co-authored about the construction of the ship and the voyage it made: Santa Maria: Cruzar El Atlantico Quinientos Anos Despues. 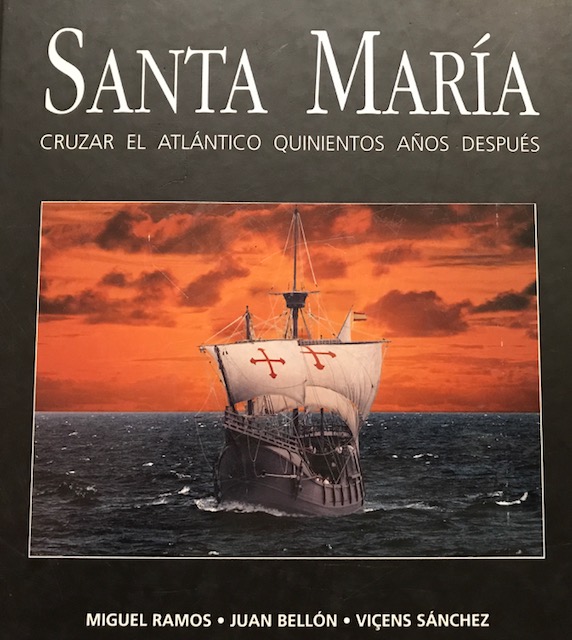 Our Miguel is the first author

The following year, Miguel made a second crossing, this time as captain of the Niña, the smallest of Columbus ships by about a meter, which sailed an estimated 25,000 miles in its long working life.

As all this came tumbling out in Miguel’s charming English after we asked about his likeness on the city wall, followed by a remarkable invitation: Let’s go sailing! Because, of course, Miguel has a sailboat (actually, more than one).

And so it was that, on our seventh day in Cádiz, we set off with Miguel for a marina in the self-same village of Puerto de Santa Maria where Columbus’s second voyage began. Miguel’s lovely wife, Mara, and lively young sons joined us there. Alas, there was little wind but, as Louis always reminds Doris when she mutters about how little of what passes for “sailing” takes place under sail, it’s all about being on the water. On this day, we were on the water in the wake of Columbus. 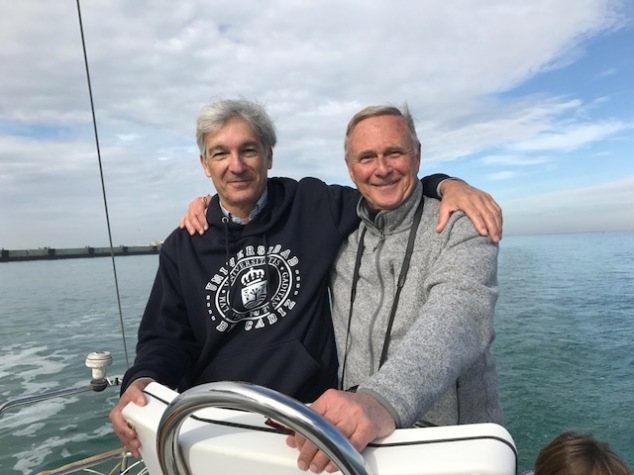 Captain Miguel and his happy matey 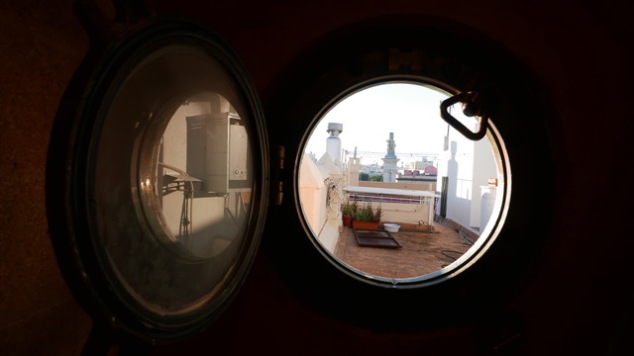 7 thoughts on “Sailing with Columbus”