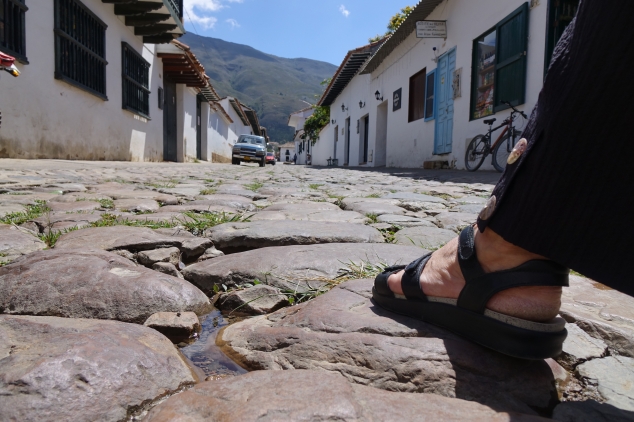 We are getting so many emails these days with subject lines like, “Where the hell are you?” that we know we are overdue for a check-in.

(We also regularly are asked, “What does ‘part out’ mean?” Two-word “part out” means selling a car part by part. One-word “partout” is French for “all over the place.” We are one-word partout.)

For all those inquiring minds out there, we are back in the US of A until the end of 2019 with the exception of a relatively brief family visit to Europe in the fall. For the next month or so, Doris will bounce around a bit between Idaho, Denver and DC, speaking and taking care of her rental business, but Louis will stay put. Then we decamp together for summer in Sandpoint.

Our last check-in was four countries ago, from Ecuador, where we relished sights like the colorful head gear below that is a sartorial signature of each indigenous group.

Next stop was Mexico City, which we found to be … a relief.

Everything is relative. After nearly three months of warnings for our safety in the big cities of Colombia and Ecuador, Mexico’s capital felt like a safe harbor. That goes to show how far the city has come since its bad old days of the 20th century and how much further South America still has to go with its challenges.

After that, we shifted into high gear (for us) … La Paz and Todos Santos (a wedding) in Baja California; San Diego (overnight in transit); Washington DC (unpack, launder, repack); Marseille (the city half of a two-house home exchange); Sisteron (the country half of the same exchange); and, finally, Groningen, the Netherlands to see our European set of “kids.”

Combined with fall trips to Greece and the Netherlands, this adds up to just about eight full months of travel, including 26 flights, six ferry rides, a handful of trains, several canoes and scores of Ubers and taxis in seven countries. But who’s counting?!

As a matter of fact, we are. Our top takeaway from Year 2 partout is that “too much of a good thing” can apply to travel.

How Long Is Too Long?

For us, eight months (with two extremely short breaks in DC to repack) turned out to be too long to live out of suitcases. Things began wearing out – clothes, suitcases, bones and our patience. Without familiar routines, we lost track of time, missed important deadlines back in the States, started waking up and falling asleep at weird hours and lost track of stuff. Somewhere around the 20th or 30th accommodation (of more than 40 altogether), we would find ourselves standing in still another kitchen asking each other, “Now where are the dishes in this one?” Or wandering around in the middle of the night trying to remember where the bathroom door might be.

We are still in negotiations about how many months is too many months. For now, let’s just say next winter’s travels are scheduled for December 1 to April 1 anchored by one long stay of about two months in Cuenca, Ecuador, followed by a month in San Diego and bookended with big chunks of DC before and after.

Yet, even as we vow, “Nevermore,” we find ourselves mulling what we would have been willing to give up in order to cut our monster trip down to size. There are no easy answers.

If We Can’t Have It All

Would it have been the 16th-century fortress in Cartagena, Columbia, where vastly outnumbered Spanish defenders turned away the British navy in a victory some historians say destined South America to speak Spanish and not English? 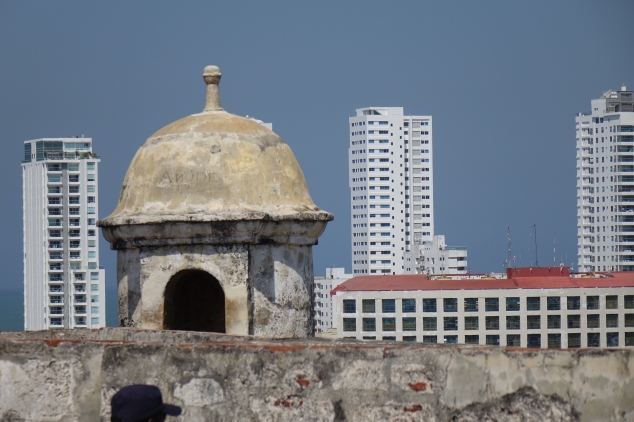 At the Castillo San Felipe de Barajas in Cartagena

Or maybe the breathtaking gold art of the Incas in Bogotá or the voluptuous sculptures and paintings of Fernando Botero in Medellin?

At the feet of Botero

We suppose we could have foregone the sight of Panama hats being woven at the source (which is not Panama, btw) or the last masters of pre-Columbian crafts at their work.

Or skipped a few jaw-dropping churches …

Or missed an exquisitely photogenic village or two … 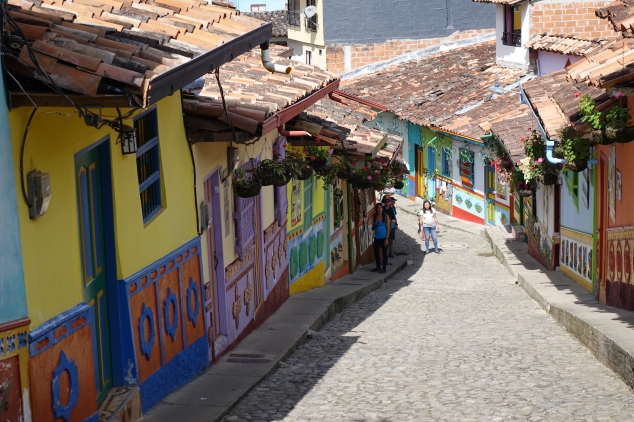 But how much time would that have shaved from the journey?

And, in the end, would we really have wanted to miss out on all those exotic new fruits we tried, or being pulled through the Andes by a steam engine, or seeing the Amazon from the treetops? 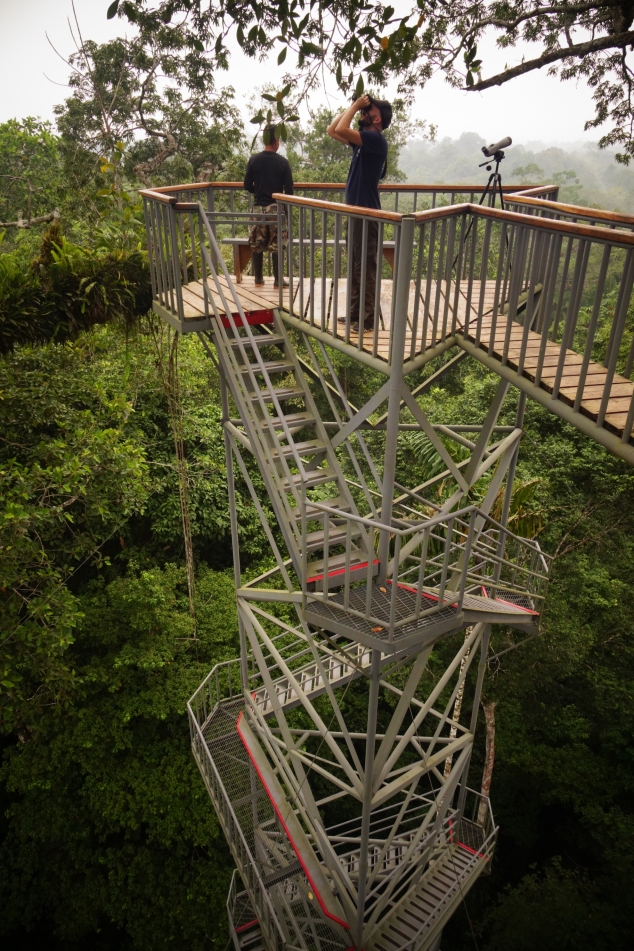 Or missed the beauty of waking up in the cloud forest? 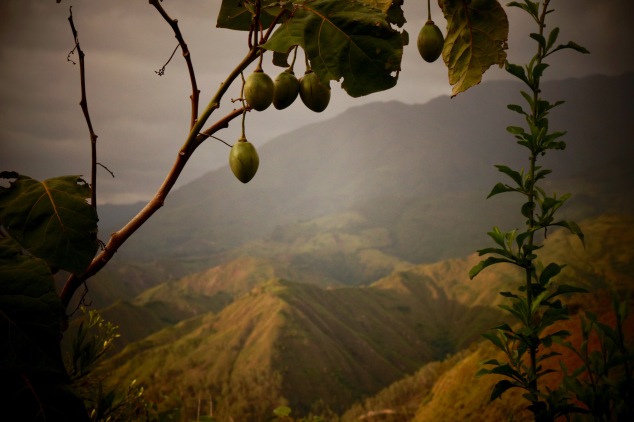 And, beyond the scenery and sensations, which lessons into history, life and culture could we have given up without losing important insights into unfamiliar places?

The tension between Colombia’s yearning for a brighter future and its continued romance with its violent past?

Only time will tell how far the light breaking over Medellin spreads, especially when “Pablito” Escobar remains an object of adoration in some quarters 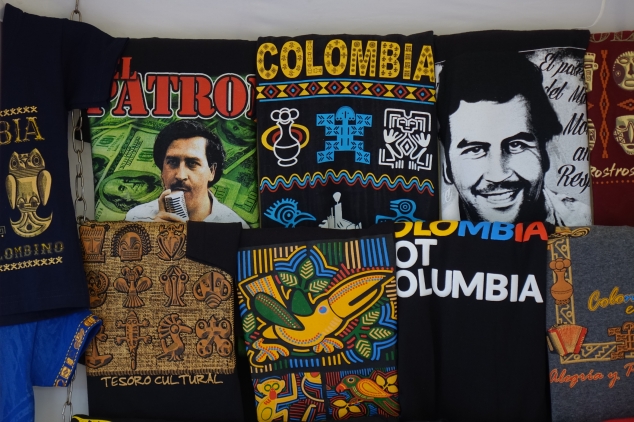 How about Simon Bolívar’s freedom trail? 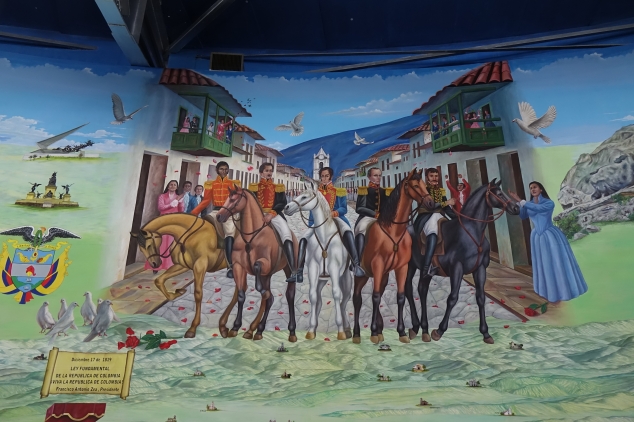 Mural at the bridge of Boyocá,
where the decisive battle of independence for New Granada was fought

Or talking with people living so differently than we do, some in the face of stupendous obstacles?

Not to mention orchids barely the size of a thumbnail … 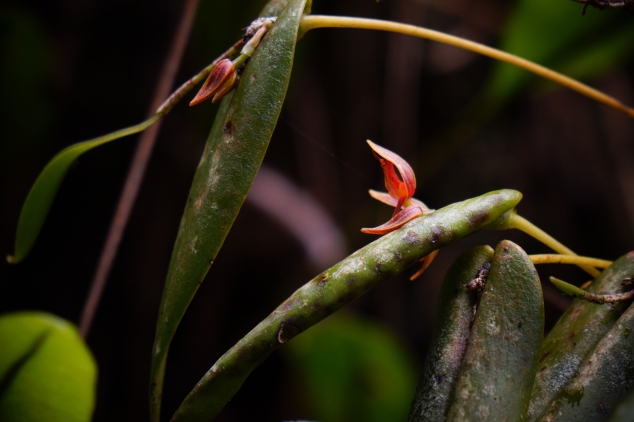 Or the landmarks of ancient Rome in modern Provence.

Even the hooplah of Colombian football? 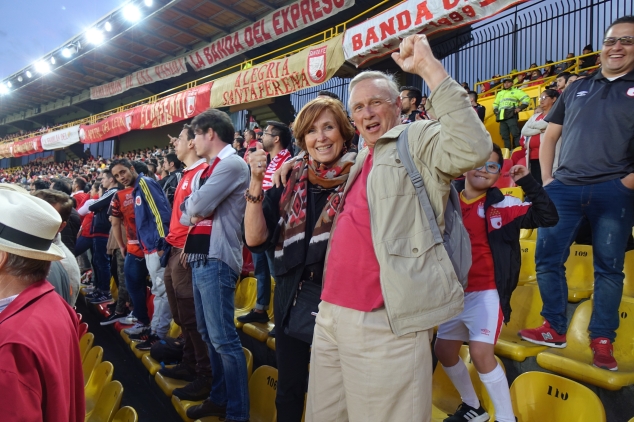 What would we have been happy to give up in order to cut our monster trip down to size? As it turns out, nothing.

FROM THE PARTOUT TOOLBOX:
For students and travelers of a certain age, public services and attractions in foreign countries often offer discounts unlike anything we find in the States. Our personal favorite is the “golden” pass in Spain that, for $6 each per year, entitles us to ride any train in Spain for half price. There are many others. The Gold Museum of Bogota was free for us because of our age ($7/person for others). The on-off bus tour of Quito was half-price. People ask us all the time how we manage to travel so long and far on our retirement budgets. One answer is that we make the most of discounts.

TOP TIP:
If you have a student ID or are 60 or 65 years old, always ask at the ticket counter if there is a discount. We have found that discounted prices are not always displayed on public signage; you have to ask. 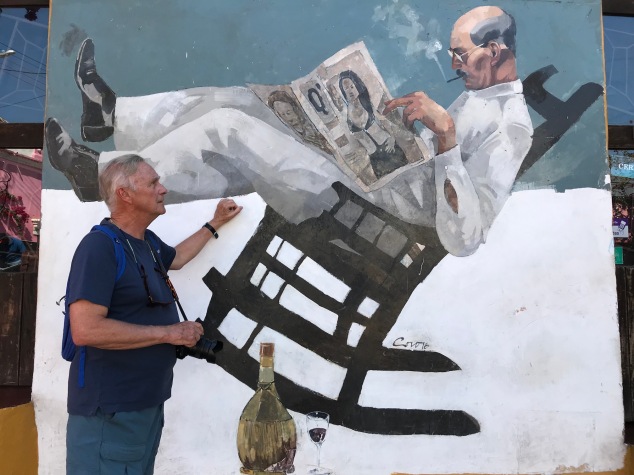