At 9:45 am on Monday morning, February 12, we were supposed to be organizing ourselves for a red-eye flight from Nairobi to Sicily, visions of Mount Etna, pasta and big red wines dancing in our heads.

Instead, we were skidding to a stop on the tarmac at Victoria Falls, Zimbabwe, thanks to the one-sided visa policies of the European Union.

Yes, despite our friend Glen’s most earnest US Embassy-sourced entreaties to the Dutch in Nairobi, son Greg’s impassioned pleadings with immigration officials in the Netherlands and our own hail-Mary pleas in person to officials at the Italian embassy in Kenya, there was no way around the EU visa restrictions. We could spend a maximum of six days before April 15 in any of the 26 EU countries or risk deportation, even long-term restrictions on entering the EU. Six days instead of 33.

With these, we could not fly our tickets to Sicily. Or spend two more weeks with the kids in Groningen, as planned. Our options were to go back to DC via the Netherlands immediately or to knock around … somewhere outside the EU until we had only six days left before our scheduled departure home in mid-March.

Fly back to DC in February?!?

Hahaha. Make that one option: Knock around for 27 days outside the EU. And, yes, there are far worse fates. But where to knock?

Doris posted inquiries like this on the Lonely Planet’s Thorntree forums. 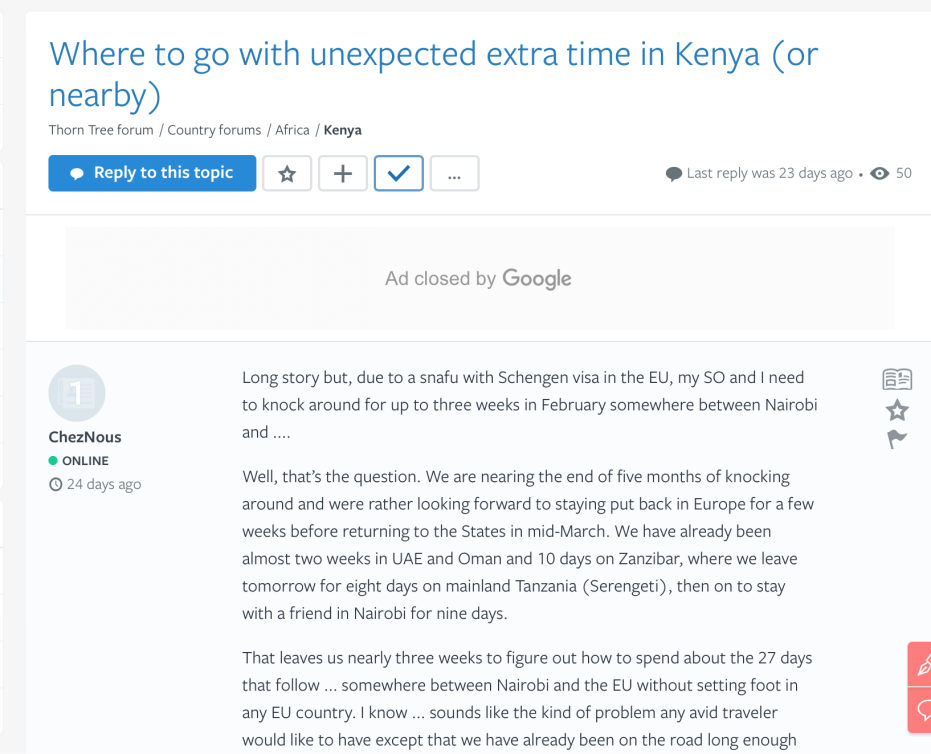 We sent a half-dozen well-traveled friends urgent emails asking for suggestions and grilled all the guests at a wine tasting Glen conveniently (and deliciously) was hosting when when we walked into his house in Nairobi after our six-flight day from Tanzania. Everywhere we went – on the road, in restaurants, on flights – we debriefed travelers and ex-pats about the possibilities. Doris traded sleep for Googling itineraries, replacement flights, lodgings. Sri Lanka, India, Turkey, a return to the Emirates – no stone was left unturned in our search for knock-about destinations that met our standards for ease and conditions of travel and cost.

For a few ambitious, well-rested days, we had a plan that involved flying from Nairobi to Lalibela, Ethiopia, touring the astonishing stone churches there, taking in a few additional Ethiopian wonders and then flying to Luxor, Aswan and Cairo to introduce Doris to Egypt.

Then we remembered the reason we planned to end our great adventure in Sicily in the first place was that we figured we would be ready to coast after four months of travel. That we would be tired of dust and chaotic third-world airports. Heck, that we would be tired of all the packing and unpacking it takes to move around and see multiple countries. We had anticipated this correctly. We were feeling a bit like these trudging penguins on the Cape of Good Hope. Hoping for the best but kind of trudgy. 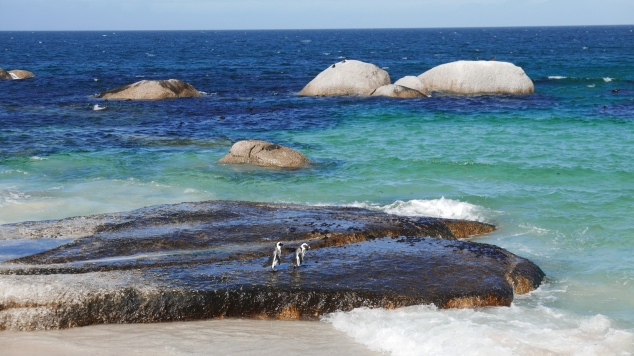 So we opted for … Cape Town, South Africa. “The Cape.” The Europe of Africa (sometimes the Paris of Africa), as the Africa hands kept promising us. The cosmopolitan city huddled under an ancient monolith at the toe of a hemisphere. A region of interesting history, spectacular scenery and great wine. Sicily but with better weather and penguins.

Also, a city so direly short of water after a historic drought that residents are on water rationing. A place where an apocalyptic event called “Day Zero” has been scheduled when the water taps will be turned off altogether, and people will get water only by the allotted bucketful. A country in the midst of political crisis with the president being threatened with the equivalent of impeachment if he didn’t resign within two days after we arrived. He did, but political drama continues.

What could be more enticing?

In Cape Town, Louis can swim these salt-water pools daily guilt- and cost-free. (Fresh-water pools are widely closed because of water restrictions.)

For a mere $250 (the least of our airline penalties for changing scheduled flights we could no longer take), we flew south instead of north, via Victoria Falls, Zimbabwe, instead of Rome, Italy. We were, finally, resigned to our visa fate but also curious to see what our bonus destination would hold and (old newsies that we are) excited to be flying into the middle of not one but two front-page stories. 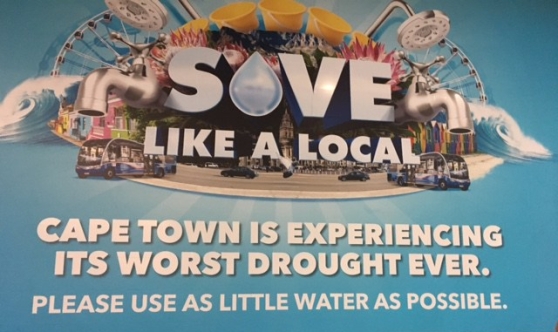 In the rear-view mirror :

Hope for rain is the most precious commodity in Cape Town today. Never before has “water, water everywhere and nary a drop to drink” seemed so apt

2 thoughts on “Meanwhile, Back at the Visa Mess…”